Nowadays it seems that we can blindly pick any true wireless earbuds that’s in the market out there and they will most likely be good.

But that’s unfortunately not the case if you’re looking for an anc transparency buds and honestly speaking it is hard to know whether something is good or bad until you’ve actually tried it yourself.

So now that i’ve tried some options allow me to tell you the good and bads about these earbuds.

These earbuds has to sound great it has to cover all the basics like battery life, controls and everything in between.

Most importantly the ANC has to be good it has to block noise without altering the sound quality or adding any kind of background hiss. 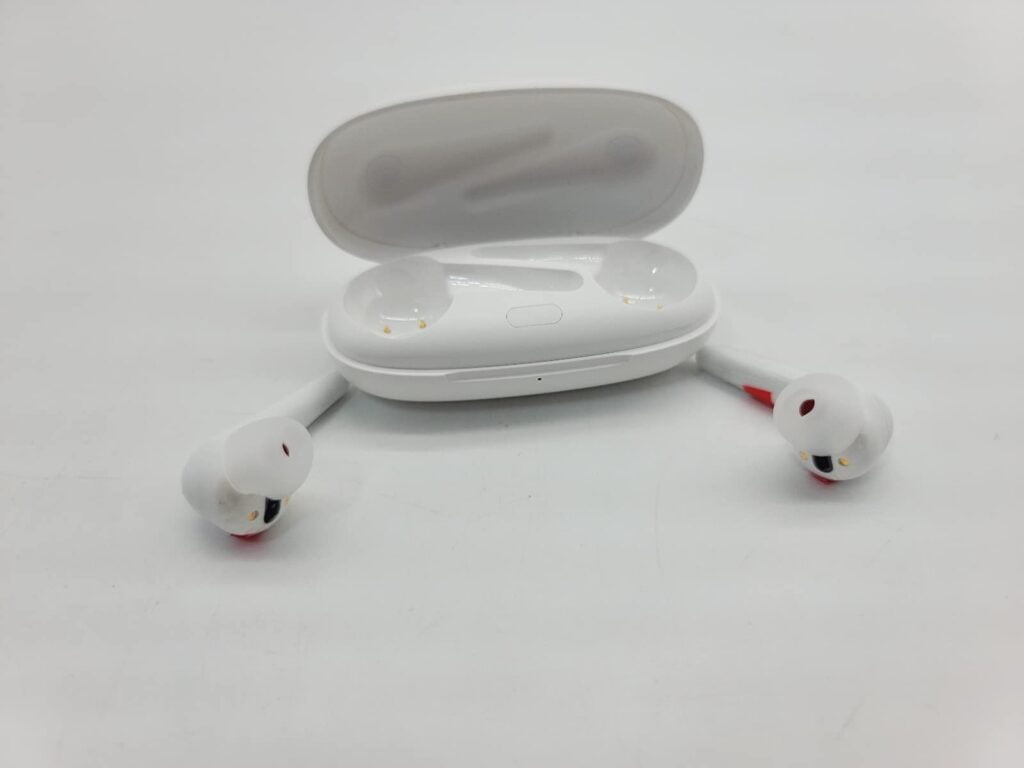 let’s get started with number five here we have the 1more Comfo buds pro and just a quick note i had a hard time putting these five earbuds into ranks.

Because each has their own strengths and weaknesses and generally they’re all excellent that’s why they’re here.

But with the 1more you have to deal with two compromises first the earbuds always start with ANC off so you have to tap and hold every time you use it.

Second the controls are limited so there’s an app called 1more music that lets you customize the controls and volume is there as one of the options but you can only customize double tap and triple tap and the changes also come in pairs.

You have to pick only one beside play or pause unless you’re willing to give it up is it skipping tracks or voice assistant or volume controls that’s a hard decision.

I reverted back to using voice commands or reach for my phone to do just about anything.

Which makes it why i put it at number five but if you can look past that at around $100 bucks.

The Comfopods pro screams quality starting with the sound.

It is a very natural sound curve backed up with a wide sound stage, it is so good i would have no problem rating it alongside my top picks of all time.

There are three ANC modes you can pick in the app strong, mild and wind noise reduction and a default strong ANC is up there with the best for the price.

That’s the same story with the pass-through mode it lets you hear what is around you clearly without any added hissing.

The other stuff you get here is a wear detection sensor and a quality six hours of playtime with ANC on and just take a look at that awesome design.

They’ve even included a silicone case in the box alongside a fabric pouch.

let’s move on to number four 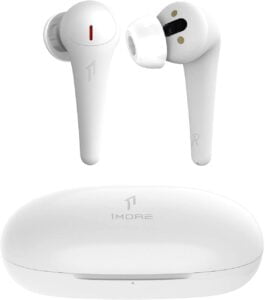 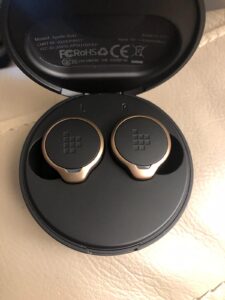 if you’re looking for a great anc buds with a bass focus sound this is the tronsmart apollo you can find us discounted often.

It’s closer to $90 now and for the price you’re getting a premium earbuds all around just like the 1more before but here the controls are way better.

Because everything is covered and controlling active noise canceling, play, pause, next, previous song, volume up down and voice assistant is here.

If somehow you want to change the default controls you can do so with the Tronsmart app and you have the freedom to change any controls on any side.

It’s just the best kind of customization unfortunately the sound is not for everyone and if anything the built-in EQ’s in the app only makes it sound muddy.

But I assure you if you love bass you will love the Apollo bold without any need of tuning.

It’s got the bass punch that other more balanced earbuds could only dream of and it does so without drowning the upper frequencies.

The ambient mode sounds quite natural without much added hissing it’s just right up there with the best.

It’s got a complete array of features a weird texture sensor a slightly longer seven hours play time with ANC on.

A good sounding mic although not the best one and you got a fall leather pouch included in the box too.

The only possible problem here aside from bassy sound is the huge earbud size. it will definitely look out of place if you have smaller ears and if you wear it for hours and hours on end it could be a bit uncomfortable.

Let’s move on to number three 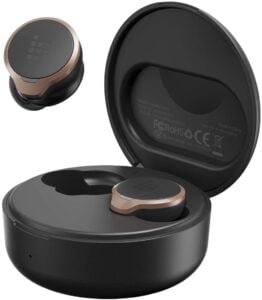 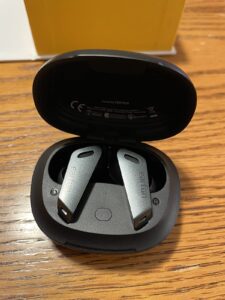 Another long time recommendation from most reviewer is the Earfun Air Pro earphone collaborated with Edifier NB2 here so sound quality and anc transparency performance should be similar.

It’s quite a v-shaped tuning so punchy bass and clear highs that plays most genres pretty well and the anc is a tiny bit below Tronsmart Apolo bold and 1more but considering the cheaper $80 price tag and it goes on sale pretty often too it definitely gives you a run for your money.

It’s got a wear detection sensor seven hours play time with ANC on unique design that i still like a lot till this day a robust case with battery indicator.

Although I found it to not bother me as much as the 1more since transparency mode is only three taps away.

Now there are a few differences when comparing this to the Edifier NB2 first there’s no app support so no customization period second it detects tapping movements instead of touch.

I can tap anywhere instead of a designated touch area in the stem and it’ll also work.

Lastly there’s no gaming mode like you see on the edifier version but it’s like turned on all the time here so playing games is actually pretty good. 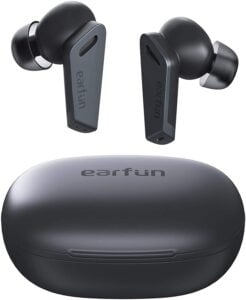 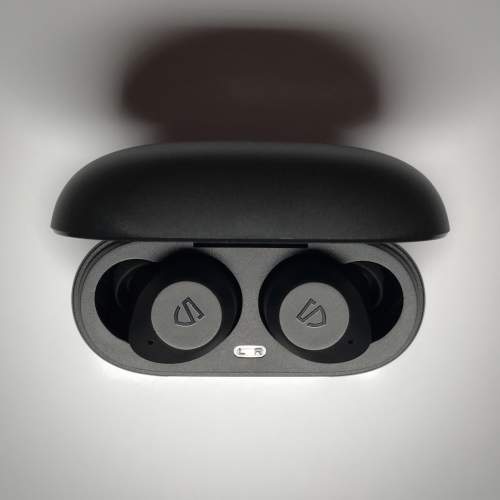 This is a newcomer that totally surprised me by how good the ANC and transparency mode is.

This is the Soundpeats T2 i almost never touch that kind of volume unless i’m watching a very quiet youtube video because this goes extremely loud and the sound quality is to my surprise.

Very similar to the Earfun Air Pro so a v-shape tuning with good treble and bass it’s good but it just can’t compete with the likes of FIIL T1 Pro, Soundpeats H1 or even the 1more comforbuds pro.

what you have to know is this has anc on par with the Earfun air pro transparency mode as clean as the 1more comforbuds pro and you only have to spend around $60 bucks.

Battery life is 7 hours with anc on as usual the touch controls are responsive and complete with volume controls.

You only lose previous song because it’s used to change anc modes now.

Unfortunately, the earbuds always start with anc off and you need to go through transparency mode.

Before reaching anc on it’s kind of a hassle to set up but i can’t forgive it here since it’s almost half the price of the 1more so you’re definitely getting the value for your money here. 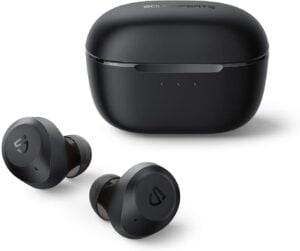 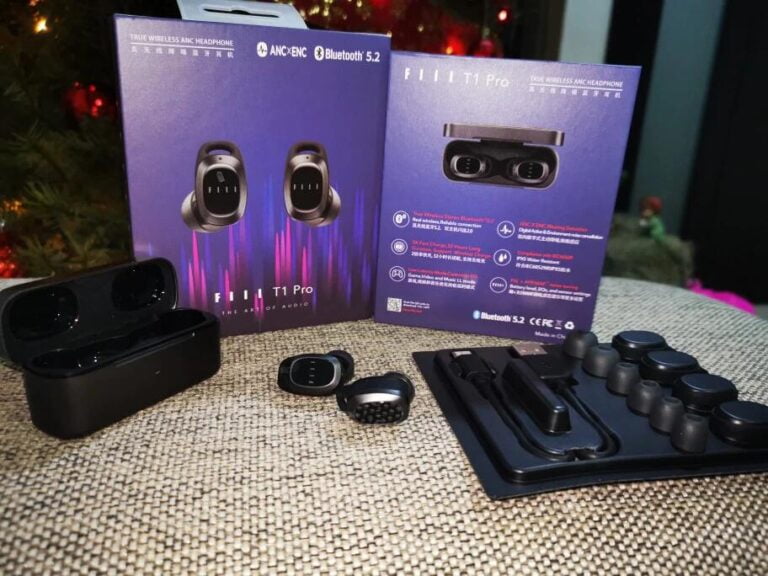 number one pick is based on the same idealogy it’s a crazy good deal for the price i’ve been raving about it ever since I reviewed on it.

It is the fiil t1 pro, now to be frank strictly comparing ANC and transparency mode will put this fiill at the very last position in this comparison but when it comes to the overall value and experience this is unbeatable.

first the oval shaped ear tips help provide a tight fit so even though the anc is not very good the passive noise isolation already blocks a lot of noise.

the sound quality this is the earbuds to beat, it sounds crisp and clear very good instrument separation and sound stage and it responds very well to eq tuning on the fiil plus app.

no matter if you want more bass or less bass you can do so there’s a touch based wear detection system that isn’t very responsive you can turn it off in the app.

It’s got complete controls over your track and volume better, yet the earbuds remember your last use setting be it anc on or off or transparency mode so experience using this earbuds is top notch.

The case is very nice and compact it’s the only option here that supports wireless charging.

I think that says it all it’s a tremendously good product the only potential problems are availability chinese voice prompts and downloading the app for the first time.

And i certainly tell you this will be worth your while also in case you didn’t know earfun is selling the same model as Earfun Free Pro with a more bassy tuning and loss of app support.

But the upside is you don’t have to import from china anymore so it should be a good alternative but if you ask me i still prefer the FIIl T1 pro for that customization. 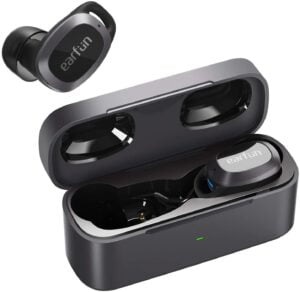 Overall am impressed with all of these earbuds which can produce a good sound quality at a very good price.

So I hope this comparison and the Pros and cons of each earbud helps you narrow down your choices.

All of these are personal choices and they may work differently for you due to personal preference and other factors.