Hey Lovely Peoples, We all have eagerly waited for one of the best ANC wireless earbuds to be released and in this article, we are gonna look at the Sony wf-1000xm4 noise-canceling earbuds.

Well, Sony wf-1000xm4 created lots of hype even before releasing as you all know hype can make or break a product.

Let’s check out whether the Sony wf-1000xm4 hype breaks the product or makes it? 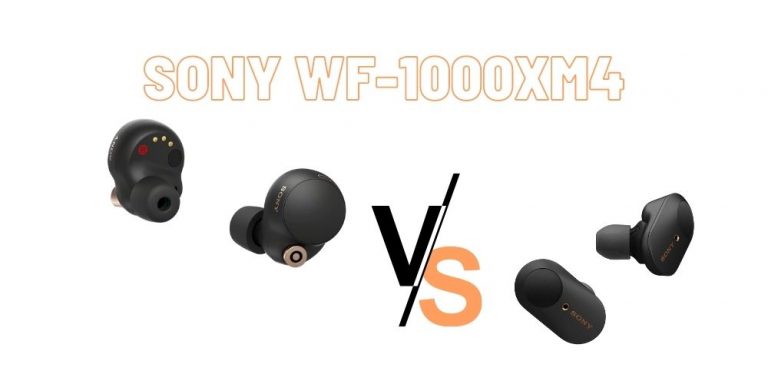 These are the successors to the popular Sony WF-1000XM3’s and they bring with them some significant improvements that bring them up to the level of sony’s full-size flagship noise-canceling headphones the Sony WH-1000xm4.

It’s like these are almost very different earbuds for example their internal battery life has been bumped up from the previous 6 hours to 8 hours of charge in the earbuds.

With noise cancelling in total you’re still getting 24 hours of battery with the case but it’s nice to know that you can get a bit more endurance with the new earbuds.

The case is also smaller and this time it supports wireless charging with a Qi compatible charging pad. Earbud is also has a bone conduction sensor which improves microphone quality, a new wind noise reduction mode and ipx4 water resistance.

Speak to chat a feature that automatically sets the earbuds into ambient pass-through mode as soon as you start speaking with somebody in front of you the new integrated processor v1 also promises better noise cancelling, power and bluetooth connectivity over the qn1w chip of the Sony WF-1000XM3’s.

If you’re an audiophile and you like streaming high resolution music files then you’ll want to have LDAC codec support.

The xm4s also have app support from the same sony headphones connect app with options that help make these earbuds truly yours.

App letting you customize its noise canceling levels its touch controls and activate some of its enhancement features like adaptive sound control.

a feature that automatically switches its noise cancelling to your preset levels based on your location.

It also has Sony’s latest DSEE Extreme audio upscaler that makes your music sound more hi-fi by patching in all the missing bits and pieces of the music file that might have been lost over bluetooth transmission.

Perhaps the biggest issue most people had with the Sony WF-1000XM3 earbuds is its fit so the Sony WF-1000XM4’s are also redesigned to be more ergonomic and form fitting to your ears instead of supplying separate silicone and foam ear tips.

Sony’s developed a hybrid ear tip that combines the durability and comfort of silicone tips and the noise isolating properties of foam.

Sony promises that this new ear tip design will provide improved bass response and better noise isolation that will further boost the xm4’s noise canceling over the previous model.

we’re gonna put them through its paces and find out how they compare to the previous model the  xm3’s in terms of sound quality noise canceling, fit, phone call quality and the Bluetooth audio lag.

In terms of fit it’s so much better than the xm3’s a lot snugger and more stable in my ears.

It’s definitely a lot more stable and form fitting than the xm3’s as in it won’t shift out of position as easily.

Do note that you’ll have to choose the right ear tips for the xm4s and twist them into your ear canal to make it airtight and it’s possible also to test that in the app to make sure.

In terms of sound quality despite the new design and drivers not much has changed compared to the Sony WF-1000xm3’s.

I was listening to both earbuds on an iPhone using AAC audio codec and there wasn’t much of a difference in terms of bass extension impact emphasis on the mid-range.

The clarity of high frequencies track separation and sound staging compared to the older model the xm3’s.

There is one difference though the xm4’s sounds cleaner in the lower mid-range and its lower mids are also better separated from the upper bass range.

Vocals sound cleaner and the bass sounds a little tighter as well in the upper bass range.

This is kind of like what sony did for the full size xm4 headphones compared to the xm3 headphones only that the difference here is a lot smaller.

It is only when you activate the DSEE upscaling engine on both earbuds when the difference becomes a lot more obvious on the xm4’s.

DSEE Extreme is clearly superior as the sound staging just spreads out and opens up on the xm4s with details in the background shining a lot brighter.

The xm3’s running the HX version of DSEE now this is on an iphone on android you will be able to get a much higher fidelity with the xm4s because they support high-res audio over LDAC which will sound a lot better playing high-res music files than the xm3’s aac audio codec especially if you’re using an android device.

In short with the xm4s you won’t get much improvement over the  xm3’s out of the box, only when you’re running the xm4s on DSEE Extreme and if you’re streaming high-res audio over LDAC on android devices. 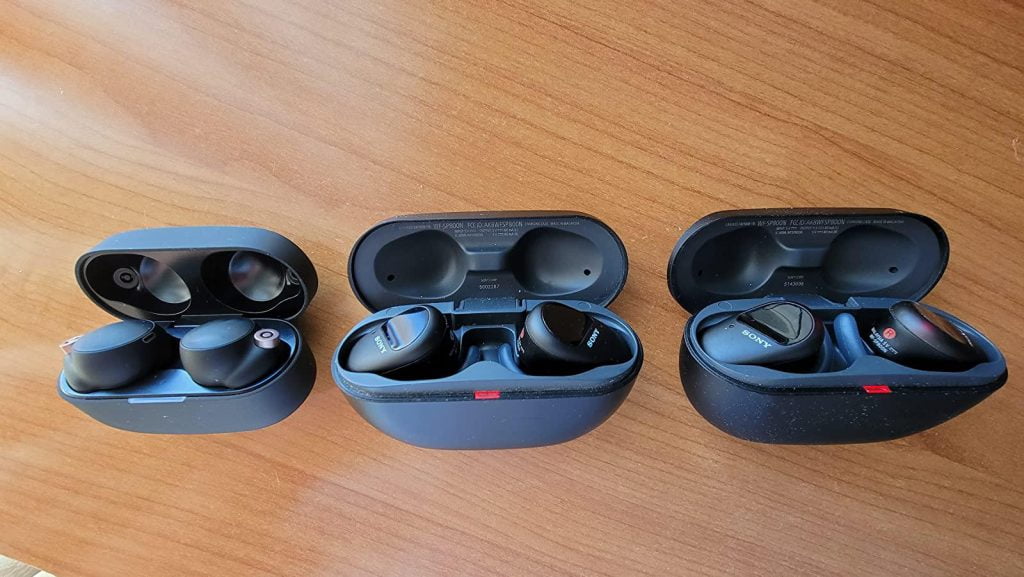 In terms of phone call quality, the xm4s are indeed an improvement over the xm3’s in one way in terms of background noise cancelling.

I think it sounded a little muffled and there were some bursts of distortion in the recording which was pretty weird this was not what i experienced with the  xm3’s.

Sony xm3’s call qulaity used to be downright terrible but with subsequent software updates it began gradually to get better so i’m gonna hold out for a software update that will improve the xm4 call quality.

The xm4’s have significantly better anc than the xm3’s it cancels a bit more low frequency noise but you can’t really tell the difference particularly in the mid range.

The xm4’s are a lot quieter in that region and that has a lot to do with its superior passive noise isolation.

I mean the new ear tips and that v1 processor really makes a difference here.

Test the new wind noise reduction mode it says in the app that this will have an impact on battery life keep note on that.

There is definitely a reduction in the wind noise there is in that flapping noise that you hear when the wind is blowing against the earbuds is a lot quieter and the less bothersome indeed.

To be honest though i was expecting a bit more from this mode but hey it still works just not to the degree that i anticipated anyway that is much better than nothing.

Playing video games and watching videos on both apple and android devices compared to the xm3’s.

So whether you’re gaming on an apple or android device there is going to be no difference at all between these earbuds.

In terms of bluetooth audio lag so you won’t be getting less or more latency with the xm4s over the previous version.

But how about when watching videos on your phone using apps like youtube or netflix will the xm4s have the same kind of bluetooth audio lag well.

Actually because these apps have their own latency correction built in so they will automatically correct for video latency by delaying the video so that it synchronizes better with the audio.

The xm4’s are indeed a huge upgrade over the  xm3’s in terms of noise cancelling, sound quality if you turn on DSEE Extreme features like ipx4 water resistance wireless charging speak to chat and high-res audio support over ldac on android devices.

It also comes with a much smaller case and better fit and stability than the xm3’s its call quality can be better but it is still an upgrade in some way over the xm3’s.

overall i feel that sony has really outdone themselves here and i am really impressed by what they have achieved with the xm4’s and it is definitely a significant upgrade i mean if you are planning on getting the  xm3’s i recommend going for the xm4s instead.