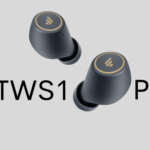 Hey Lovely Peoples, Edifier has listened to their customers and made an update to their Edifier  TWS1, a Pro version of the  TWS1 the Edifier  TWS1 Pro, and we will check out if these earbuds are any good.

This earbud retail for around $50, slightly more expensive than the original Edifier  TWS1, but this new model comes with all the modern features that you really want. 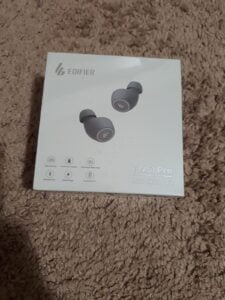 The Edifier TWS1 Pro is a literal update of the TWS1, and dimension wise everything is the same as the original. Still, some notable changes are the color which is now matte rather than the glossy finish of the original.

That kind of scratches super easily, so speaking of the case scratching, you can actually use all of the different cases available for the original TWS1, and it will still fit this new  TWS1 pro.

At the top of the lid, you get the edifier logo in their signature gold color, and I think it’s really nice.

The case is a little bit darker, so this time around, it’s like the edifier has taken all the issues and complaints with the  TWS1 and addressed every one of them.

Starting from the port, if you flip the case to the back, you will get the new type-c charging port rather than a micro USB that came with the  TWS1.

However, there is still no wireless charging on this one, but that’s a small matter.

At the front of the case, you still get the same led indicator, which blinks a couple of times to tell you the case’s battery life.

The lid opening action is also very smooth, and Edifier also puts in a proper hinge that holds the lid up very nicely, unlike the original case, which is loose, and it will slam shut.

When you open the lid and inside of the case, you get the earbuds now with a new design with an edifier logo still in the middle and a gold ring around the sides, and I kind of like the cleaner design of the original  TWS1.

But I guess this is a more modern design earbuds are very similar in size to the original with pretty much the same design, and there are no in-ear sensors on this earbud.

Hopefully, the next version of these earbuds would have that, and lastly, the led indicator of the earbuds is at the bottom of the earbuds, very subtle and not intrusive. You still don’t get to tell the amount of battery percentage you get in your earbuds.

And the indicator will only tell you if it’s charging or if it’s full.

The Edifier TWS1 Pro now comes equipped with a flagship Qualcomm 3040, Bluetooth 5.2 chipset similar to what you’ll get in the Soundpeats H1, which gives you support for aptX adaptive, aptX AAC, and SBC audio codec, so these earbuds should be pretty future proof.

Not only that, but Edifier also throws in an impressive ip65 rating where they added dust protection, but the water resistant rating is still the same as the original version at ip65.

You can use this in a gym you can go runs in the rain, and if you accidentally drop it into a puddle of water, it should not be a problem for these earbuds

the ear buds also come with a super seamless mono and stereo mode, and it allows you to use either side independently.

And you can swap it in and out left and right, and you will still play flawlessly.

Thanks to the Qualcomm true wireless mirroring technology lastly there is no multi-point connectivity on these earbuds, so you can still connect them to multiple devices, just not at the same time.

Another big improvement on these earbuds is the battery life. The original Edifier  TWS1 already had impressive battery life. Now the Pro ups it and gives it 12 hours of continuous playback time. The case gives you almost two days of battery life at 42 hours in total.

So this is also thanks to that low consumption Bluetooth 5.2 chipset. The earbuds also now sport a super-fast charging case that charges the earbuds from empty in 40 minutes, and that gives you 12 hours of battery life, so that’s very impressive.

Call quality wise I think this is pretty similar to the original earbuds.

And for most earbuds that come with the Qualcomm CVC, 8.0 technology calls are clear in quiet and noisy environments, and although it doesn’t suppress 100% of the background noise, it still lets your voice through nice and clear.

The sound quality of the TWS1 pro is also much improved from the original model and thanks to the aptX adaptive and a truly impressive titanium diaphragm where the original only came with the neodymium driver.

Edifier claims improved bass on these earbuds, and they’re pretty accurate with that where the original tws1 actually sounds very flat, and the TWS1 Pro is a pretty dynamic sounding earbud.

I think the bass is pretty good but could still go a little stronger if you ask me, and it lacks a little bit of that sub-bass, but for $50 earbuds, I think these are really quite good.

Generally, in the mids and highs and vocals, everything stands out in the music, so it has a really nice and beautiful sounding signature. I honestly think this is an improvement to the original earbuds, and kudos to edifier to make this revision and listen to their customers.

So, the latency on these earbuds are superb for watching videos on youtube, and Netflix is generally excellent and even for gaming, and thanks to the aptx gaming on these are almost lag-free.

And audio seems to be almost instantaneous.

Edifier also improved on their control scheme, and I think every company should be like an edifier and listen to their customers and make their relevant updates.

Edifier earbuds always have pretty rudimentary control schemes. Still, I think these earbuds actually change that to play a pause media pick up phone calls tap once on either side of the earbuds will play your possible media pick a phone call. Still, I realized one thing that if you pause media from your earbuds, it pauses properly.

But it doesn’t play again if you tap one, so I think that’s one of the quirks that they might need to fix.

Lastly, there are still no assistant features on this, but you’re getting most of the controls you need from your earbuds themselves.

But I really hope that this is an isolated issue with the play and pause because I can never play my music again if I tap once.

So that’s basically all the controls you get with the Edifier TWS1 Pro.

Check on Amazon
Our Rating
 4.3/5 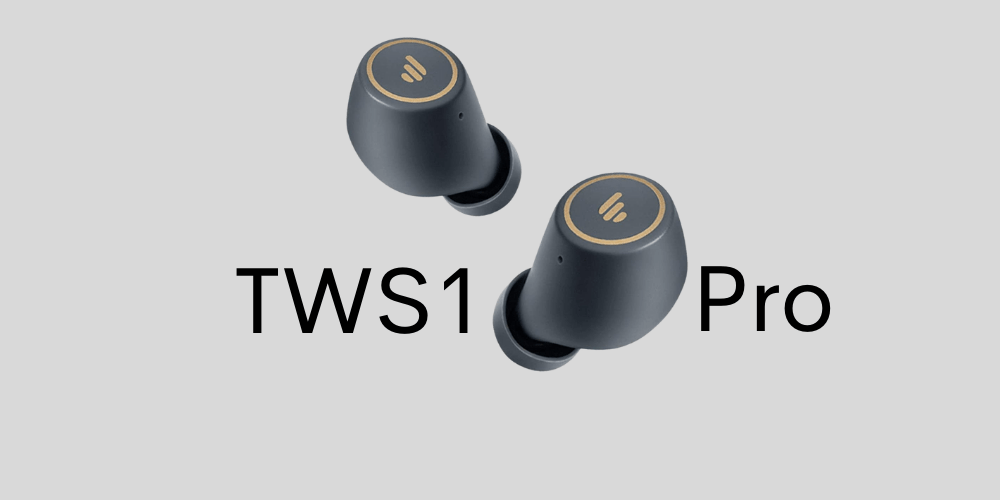 If you’re thinking of getting an entry level True Wireless Earbuds under $50.

Edifier TWS1 Pro is a no brainer choice and works flawlessly

Our Recommended TWS Earbud under $50

Our Recommended TWS Earbud under $100

Our Recommended TWS Earbud under $150