With 2021 coming to an end this is the time of year when I start doing my top five or top 10 wireless earbuds roundups in different categories and it always seems that the top five under the $50 category seems to be the most popular.

I don’t think there are as many people out there that wants to throw a lot of money towards earbuds and also this is the time of year where you may be looking for gifts and you don’t want to go over $50.

But all five of these I think are very solid choices and a lot of my opinion is really based more on audio quality than anything else.

But a lot of these have some very impressive features on top of that audio quality and then really the only other rule that I have when I make these lists is I don’t ever duplicate earbuds from the same Brand.

There may be several Soundpeats earbuds that I would pick over Sony’s or whatever but I don’t pick more than one from the same brand. 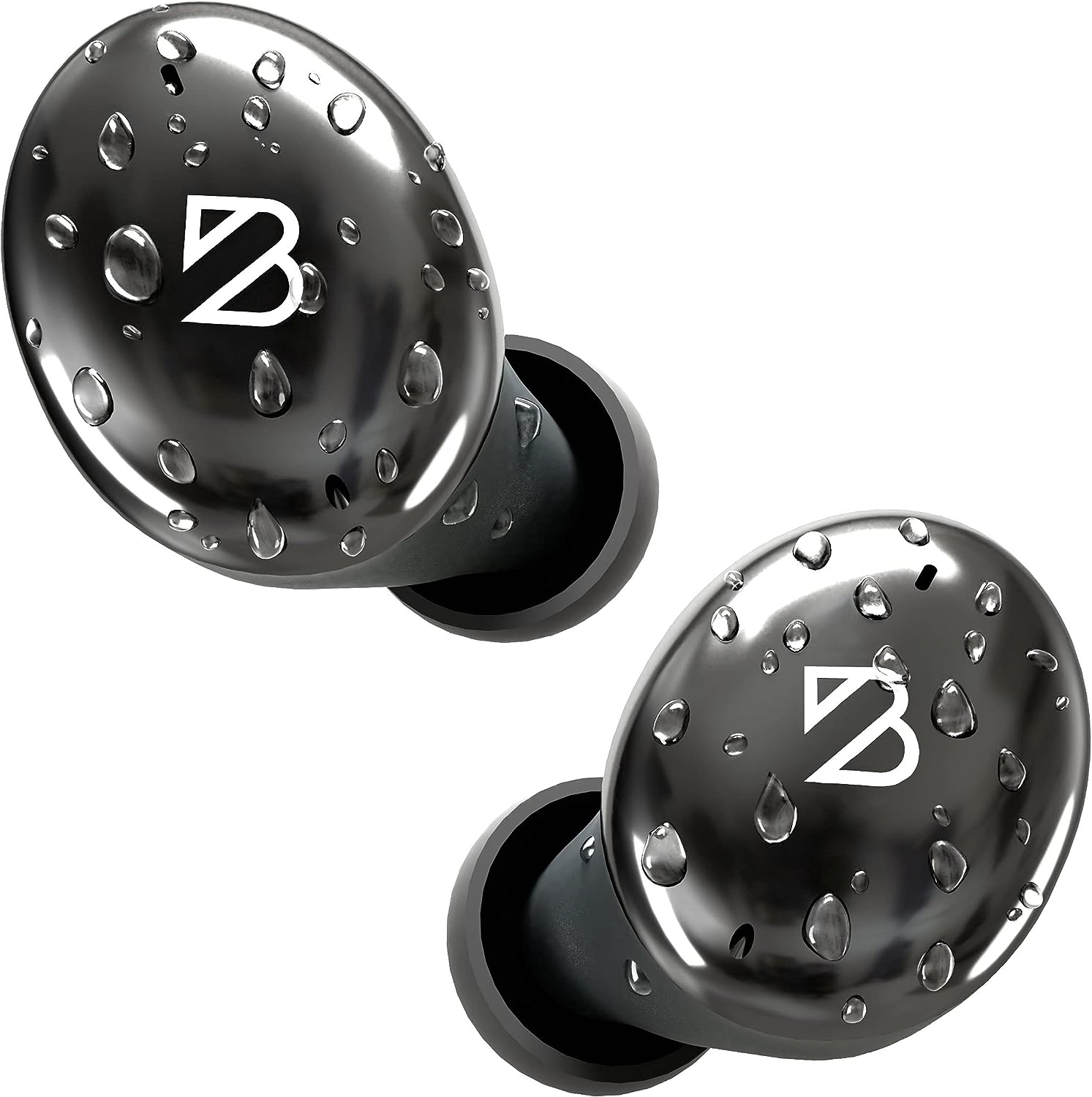 Let’s go ahead and jump into number five now number five on the list is the back bay audio tempo 30’s.

We’ve tested a lot of different earbuds from this company this one comes in at $49.99 and it has sound that is very comparable to more expensive models.

This is definitely one that I would recommend for Bass Heads. It even has an extra Bass mode which in my opinion actually gives it too much Bass.

It’s also excellent for using at the gym or just outdoors because it comes in rated at IPX7 so it’s completely waterproof it also has a movie mode so if you like to use your earbuds for gaming or watching movies or videos this will help cut down on any kind of latency.

The earbuds get eight hours on a single charge with around 32 hours using the case and I think being able to pick this up for under $50 getting these features and just getting that very dynamic bass thumping sound is what made me put these in at number five. 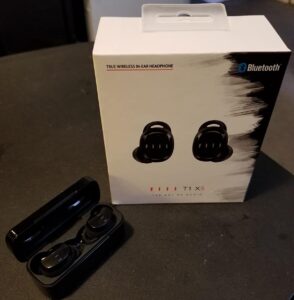 Number four on the list is no stranger to this list this pair has been on my previous ones and that is the FIIL T1XS now this pair normally retails for $49.99 but so far throughout the holidays it’s been hanging around closer $40

This again is another small pair of earbuds, this pair also comes with wing tips so it definitely helps keep these in your ears.

It helps keep them from moving around and this pair also works with FIIL’s app and this is what giving it a huge advantage because within FIIL’s app you’re getting like 15 different EQ options, you have three different low latency modes that you can switch it between.

FIIL T1XS also has touch controls and you do have to go into the app to actually unlock it to be able to have all of its controls because out of the box it only gives you certain controls.

It is nice that you can go in and change it where you have all of your controls.

And as far as using these outdoors this pair is not completely waterproof but it does come in rated at IPX5 also has the smart sensors where it will pause if you take these out of your ear and it will also resume when you put them back in.

When it comes to the battery life battery life on a single charge is only six hours on the earbuds with around 24 hours using the case.

But one thing i do like is it only takes 40 minutes to fully charge these and it also has the fast charge feature where a 10 minutes charge will get you two hours of use.

I think the FIIL T1XS is just absolutely loaded with a lot of features that are usually in more expensive models and that’s what puts them in at number four. 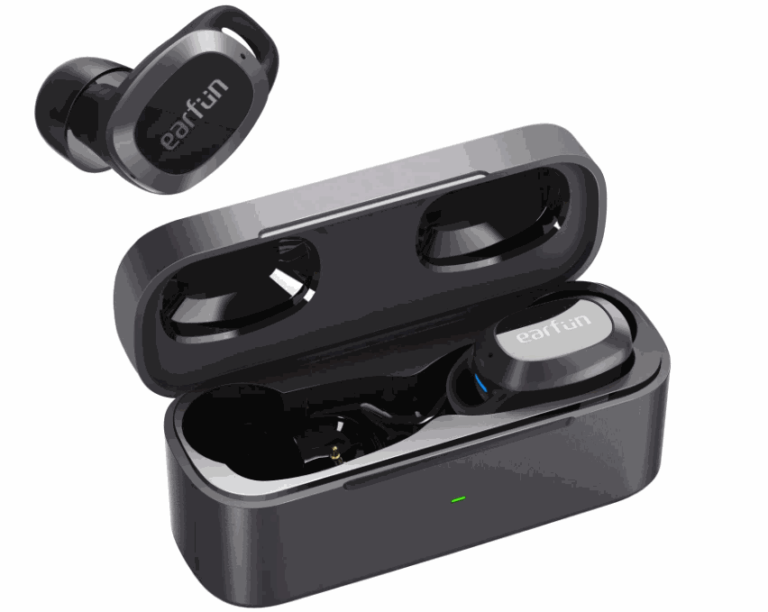 Number 3 on the list is a newer model that we’ve recently tested and that’s the Earfun Free 2.

This pair normally does retail for $70 but basically since it’s been released and because of sales and coupons and all this stuff it’s pretty much been under $50 from day one.

That’s why I’ve put this one on the list. Now this is one of the more dynamic sounding earbuds that has a very open sound stage.

It’s just an airy sound to it same thing with the Bass it has so much punch to it but it doesn’t feel like it’s all right there in front of you.

This pair uses a Qualcomm 3040 chip. This is one of those chips that gives you very good performance and doesn’t take away from your battery life and on top of that it also has aptX playback and it has a low latency gaming mode.

Another huge advantage to this pair is it also comes in rated at ipx7 so it is waterproof you can use it anywhere and you don’t necessarily have to worry.

If it does happen to fall in the water you’re going to be okay and that’s a huge plus because I like to use my earbuds in basically any situation.

As far as the controls on this pair it does use touch controls it does give you control over everything.

The case is also a Qi wireless charging case which is a huge plus especially in this price range and battery life is also very impressive because you’re going to get seven hours on the earbuds and around 30 hours using the case.

Again this is another pair that has a fast charge feature where a 10 minute charge will give you two hours of use.

For a pair that should retail for about $70 being able to get these for under $50 basically since day one is what puts the Earfun Free 2’s in at number three. 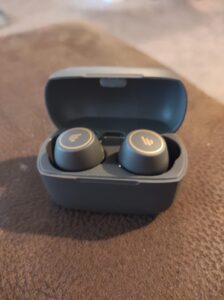 Number 2 on the list is actually a pair that seems to be very popular the Edifier TWS 1 Pro’s now this pair normally retails for $60 but for the longest time or at least as long as i can remember this pair is always on sale for under $50.

This is again another very spacious sounding earbud I like to have a very open sound because it just gives me that feeling that i’m in that environment.

I don’t feel like I just have two speakers right there in front of me this pair also has aptX adaptive which is one of the best bluetooth codecs that you can have.

Because the technology inside of the earbud is always adjusting or adapting so that you’re getting the best quality depending on your connection depending on what you’re listening to and all of that stuff so it’s doing a lot behind the scenes to make sure that you get the best listening experience.

Speaking of listening the sound quality is very clean it does have a nice subtle punch to it but this isn’t one of those super bass heavy pairs.

But I felt like because of the nice bright treble that it had and the very clean mids and that nice open sound it was very pleasing across pretty much every genre that i tried it with.

One thing that I do like if you are going to be using your earbuds let’s say on your job site if you work maybe construction or anywhere outdoors this pair has an ip65 rating so on top of having a water resistant rating it also has a dust proof rating.

So you don’t have to worry if there’s dust and dirt and if it happens to just fall on the ground you’re a little bit more protected with this pair.

When it comes to the controls that these have this is another one that uses touch controls and it’s also another pair that gives you control over everything and on top of that the battery life is absolutely incredible.

To fully charge these it only takes about 40 minutes so when you get impressive battery life like this you get a very dynamic spacious sound and you’re getting extra protection especially when it comes to dirt and dust this is definitely what puts the Edifier TWS 1 Pro’s in it Number 2. 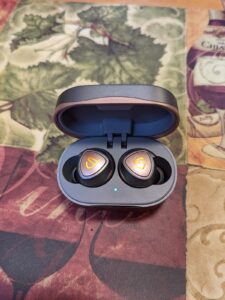 Now to number 1 on the list is the Soundpeat’s Sonic now if you’re a Bass Head like me this has just been the easiest pair to recommend. Soundpeats Sonic have some very impressive features it just has some of the best bass that i’ve heard on any pair of earbuds.

But that bass doesn’t come in and destroy anything else and so some of the features that it has is it does use Bluetooth 5.2 it also has that Qualcomm 3040 chip.

Again that’s what allowing it to have this performance but also have some of the best battery life i’ve seen on a pair of earbuds as well.

Sonic gets 15 hours on a single charge and then it gets around 45 hours using the case and again I haven’t seen anything to match this.

On top of that it also has aptx adaptive which like I said, is one of my favorite Bluetooth Codecs for earbuds to have and it also has a gaming mode.

If you are going to use it for all types of media you don’t have to worry about lag.

It has an IPX5 rating, although it’s not waterproof it still does give you some pretty good resistance against rain and sweat and splashes.

But on top of that it’s using dual balance armature drivers so it’s not as powerful when it comes to bass as the regular sonics but it does have a brighter cleaner sound to it.

It still does deliver quite a bit of punch I’m not saying that it’s lacking when it comes to Bass.

I see the Sonic and the Sonic Pro as both my number one picks.

Check on Amazon
Check on Aliexpress

That pretty much wraps up my Top 5 Budget True Wireless Earbuds under $50 for 2021 if there’s a pair that you think i should check out or one that you would recommend under $50 definitely put it down in the comments.