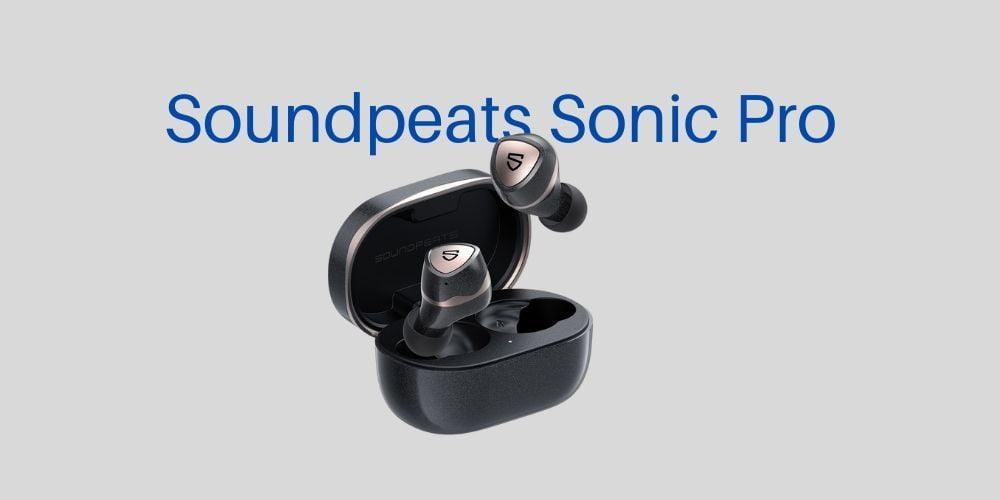 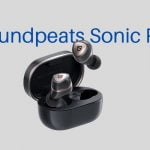 I think many of the reviewers have established that the original Soundpeats Sonic was a respectably great earbud and even till today it still beats many of the competition in its price range in terms of what it can deliver.

But how does the new sonic pro stack up against the original sonic as well as the H1. Soundpeats Sonic Pro priced around $60 where Sonic and H1 prices $49 and $79 respectively  . Let’s see which one worth your money 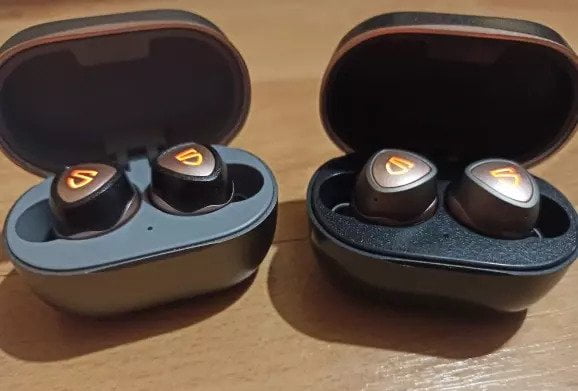 Soundpeats Sonic Pro vs Sonic vs H1 : Design and Build

In terms of the design the sonic pro is exactly the same as the sonic you basically get the same dimension the same size and the same styling overall. one of the biggest differences here with the Sonic Pro is the darker gray color and now has quite a bit more sparkly beads going on with the case compared to the original Sonic.

The old sonic has a brighter silver color in a mattish finish where the new Sonic Pro has a bit of a shinier look to it. If we compare the two sonic to the Soundpeats H1 you can see the biggest difference there is the case and the H1 definitely looks slightly longer and bigger compared to the Sonic.

At the back of all three of these cases, you get Type-c charging ports as well as charging indicators but only the H1 comes with four led indicators inside of the case to let you know how much battery left is in the case.

Whereas the Sonic and the Sonic Pro only have one led indicator inside.

Among these three only the Sonic Pro and H1 come with wireless charging so you can pop them onto any Qi wireless charger and they’ll charge up.

Three of these lid opens up nice and smoothly starting with the Sonic. The Sonic opens up nicely with a friction lid so that your hole is placed very nicely there.

The Sonic Pro also has the same hinge if you open it will still stay on very nicely there and won’t slam shut whereas the Soundpeats H1 kinda has a slightly loose lid. It doesn’t hold itself very well

The design, fit, and comfort everything is the same here you can see both of these earbuds still uses button control so these are physical buttons but they do feel very nice and very tactile.

The Soundpeats light-up logo is still here and some people like it some people think it’s too distracting because it’s kind of personal preference.

If I compare the look of the Sonic pro vs the H1 I’m personally more inclined towards the H1 since it looks a lot more IEM style it kind of looks a lot classier and overall the design is simpler cleaner.

The transparent design that Soundpeats uses in the H1 I also find on the True engine 3SE gives the earbuds a very unique design.

In terms of the fit all three of these earbuds fit me super snug and comfy and the Sonic Pro and the Sonic itself both fit very similarly because they essentially are the same earbuds.

but comparing between the H1 and the Sonic Pro i will still think that H1 is the most comfortable amongst the three.

The reason why these three earbuds are so comparable is because they all come with the same internals all of these earbuds comes with Qualcomm’s QCC3040, Bluetooth 5.2 chipset that supports Apt-X adaptive Apt-X and SBC audio codec but only the H1 comes with AAC.

All three of these earbuds come with IPX5 water resistant rating pretty decent for 2021 earbuds and should give you all the protection you need for these earbuds.

Whether it’s sweating in a gym, using it under the rain this should perform really well.

All of these earbuds also comes with Qualcomm’s true wireless mirroring so you’re going to get two master earbuds and it will seamlessly swap or mirror each other between the two and you can use either side independently without the earbuds pausing or breaking connection which is really nice.

Lastly all three of these earbuds don’t support multi-point connectivity.

In contrast the H1 comes with a 10 hours of battery life and 30 hours with the case which is not too bad at all. But it’s still nowhere near as good as the Sonic so none of these earbuds have any quick charging feature and takes roughly one and a half to two hours to fully charge.

Looking at controls all of these Soundpeats earbuds give you all the controls you need. You get to control your volume, your assistant everything from the earbuds themselves and Soundpeats has always been great with their control scheme.

So to call your voice assistant press three times on the right earbuds and it will pause your media pull out your assistant.

And lastly to toggle between gaming mode and normal mode press three times on the left earbuds and you will hear it go into gaming mode or exit gaming mode.

Basically all the controls you need are in the Sonic Pro as well as all of the H1 all of these are excellent controls by Soundpeats.

The Sonic Pro, the sonic or the H1 they all sound fantastic however they do sound very different and if you listen very closely they all have their own sound signature that you might prefer one over the other.

In terms of vocals the best earbuds for this is still the H1.

Soundpeats H1 giving you exceptional vocal reproduction that doesn’t feel distant and very forward. The H1 manages to control and produce forward vocals without diminishing the instruments in the background and the sonic comes in at second and oddly the sonic pro comes in last.

Not sure whether Soundpeats changed the tuning for the Pro but i can hear instruments being more forward than the vocals burying the clear vocals behind the loudness of the instruments.

When we talk about clarity it still has to go to the H1 and thanks to that Balanced driver giving you exceptional crisp highs with very properly controlled accuracy without overpowering the vocals.

In this case second place goes to the Sonic and finally the Sonic Pro and although the Sonic pro comes with a dual balance armature driver.

i feel that clarity doesn’t sound all that brilliant and i can still hear the original Sonic actually sounds a lot better.

Overall the Sonic pro doesn’t have the best tuning in my opinion it’s still a very good pair of earbuds if you don’t compare them side by side one after another but if you need to know which performs the absolute best then this is my perspective.

Movies and videos on these are almost lack free.

The h1 is actually slightly more expensive in the entire soundpeats lineup and if you want general good-sounding earbuds and you’re not so picky or concerned about the details about your music then i think all three of these earbuds still perform really well and they all are very good in sounding.

Compared to many budget earbuds out there i still think the Sonic is still a bit better compared to the sonic pro.

If you want general good-sounding earbuds and you’re not so picky or concerned about the details about your music then i think all three of these earbuds still perform really well and they all are very good in sounding.

Compared to many budget earbuds out there i still think the Sonic is still a bit better compared to the sonic pro.