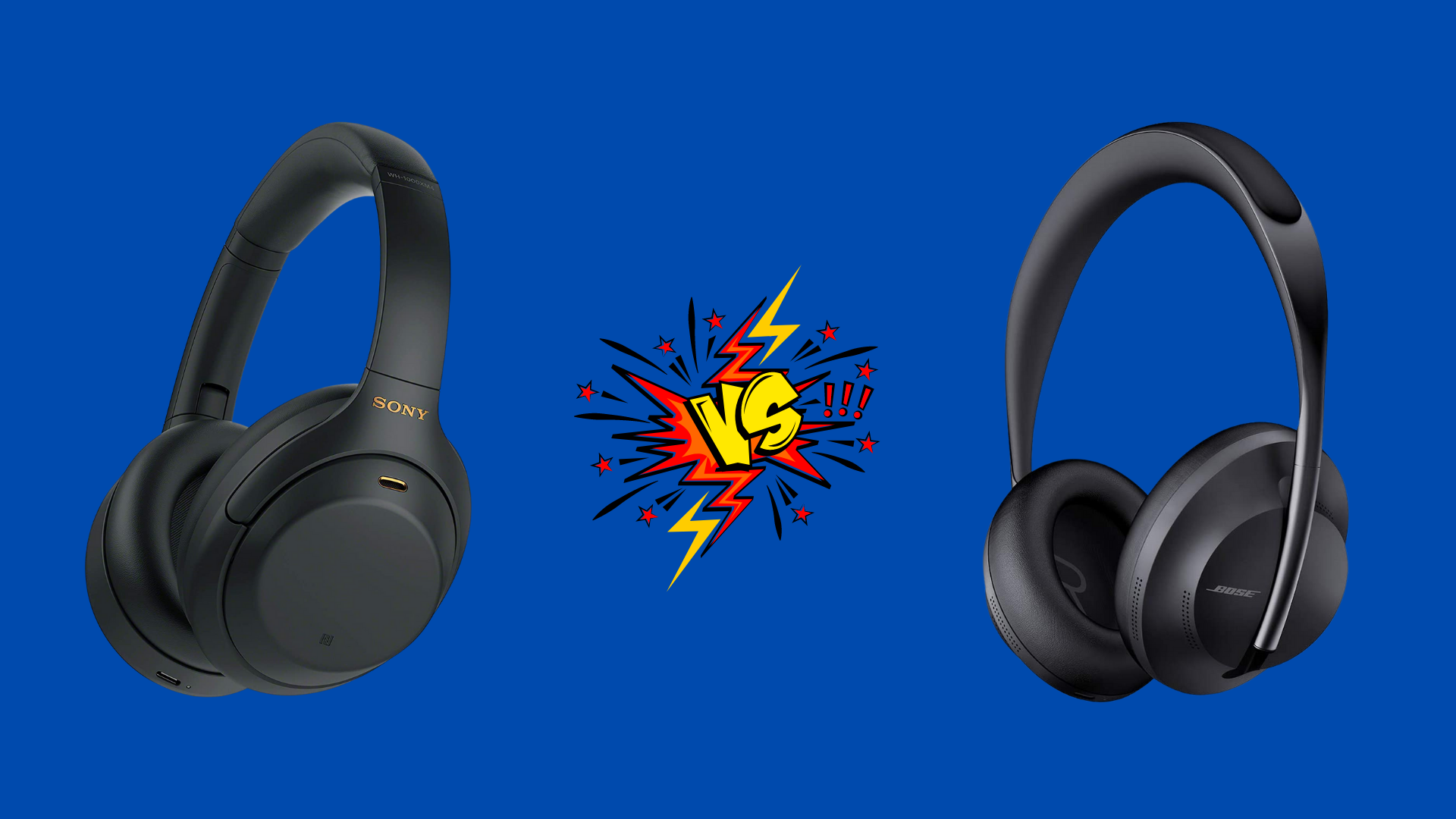 Hey Lovely peoples, It’s time for the ultimate ANC headphone showdown the Sony WH-1000xm4 vs Bose NC 700. what are the differences between them and which gives you more bang for your buck?

In terms of build quality, the Bose700s instantly hit me as a premium product with their metallic finish. A headband that’s cold to the touch and an overall sleek futuristic design.

On the other hand the xm4’s offer more of a matte plastic finish with a chunky no-frills design that sadly didn’t get much love when the xm3’s were upgraded.

The bad news for the 700s is that they don’t fold up to any degree at all unlike the xm4s which fold up entirely into an extremely compact frame.

Obviously, preference on design largely boils down to your opinion and mine but i think we can all agree that it would have been an awesome upgrade to see the xm4s in the cold metallic finish of the 700s.

Which would make them look and feel more like a true upgrade over the Sony xm3’s. That’s why i’m giving the build and design rounds to the Bose 700’s. 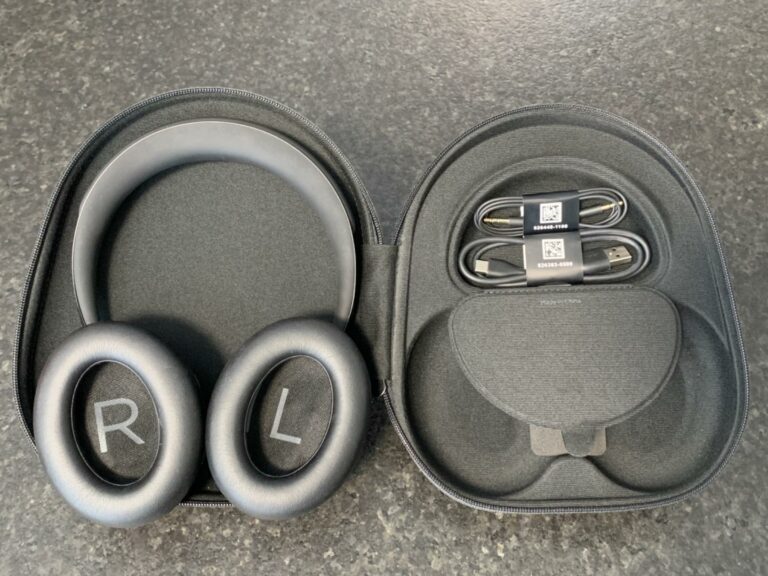 The battery life round should be an easy win for the Sony’s considering that the Bose 700’s have had no improvement over the Bose Quiet comfort 35 mark IIs.

However during my testing i found that at 60% volume with ANC on both headphones died at the 20 hour mark.

I feel like that had so many plot twists in it but that does mean that the battery life round goes to the xm4s but not by a long stretch at all.

Fit and comfort is a very close round here with both pairs being very similar in terms of obtaining a secure fit they’re fine for light workouts but nothing more.

Especially as they will both give you sweaty ears when exercising yet have no sweat or water resistance to speak of.

Padding is actually slightly thicker on the 700s but then they also exert a little more clamping force too.

That doesn’t necessarily mean that they’re instantly more comfortable if you put a gun to my head I’d say that the xm4s win this round.

But in reality the difference in comfort is pretty minor though I did experience ear fatigue with the xm4’s but i do personally find the xm4s are more comfortable when wearing glasses.

In terms of functionality and usability what do the xm4s and 700s have in common they both have bluetooth 5.0, Transparency mode and multi-point pairing.

Both have adjustable levels of ANC touch controls and very similar button controls too.

I personally prefer the buttons on the Sony’s because they’re slightly raised allowing you to much more easily feel for them when wearing the headphones. Neither of these headphones exhibit any signs of delay or audio visual lag when watching youtube or Netflix. 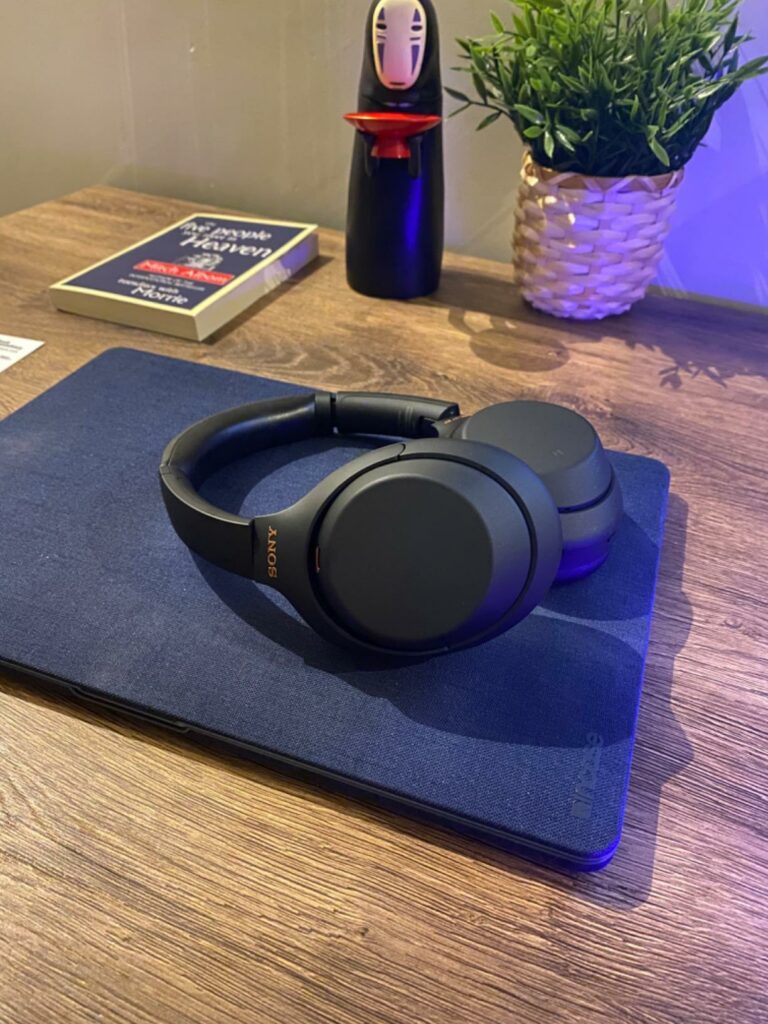 We have checked what Sony WH-1000xm4 and the  Bose NC 700 have in common but what are the main differences.

The XM4 support SBC, AAC and LDAC whereas the NC 700 still only support SBC and AAC.

In terms of app support the xm4s have speak to chat which switches off anc and turns on Transparency mode as soon as it detects your voice allowing you to have a conversation without even the need to remove your headphones.

However with the 700’s you can enable self voice in the  Bose music app which pumps just the sound of your voice into your headphones.

The xm4’s has adaptive sound control which automatically adjusts the anc based on where you are with the 700’s it’s not quite as intuitive.

Instead, you have to manually press the ANC button on the headphones to cycle between three ANC presets which you can customize in the app.

Both actually did attempt to introduce those settings a few months ago but it was so incredibly buggy and broken that it was eventually removed from the app entirely.

Thanks to the new proximity sensor in the left ear cup the xm4s now also have auto pause and play which will pause playback when you remove your headphones or simply lift the left ear cup.

This round is a clear win to the Sony XM4’s making the 700s look very modest and manual in terms of functionality and usability.

In terms of ANC, performance between both pairs of headphones is very similar when it comes to reducing low frequency noises like train, plane or bus engine noise.

The xm4s are superior when it comes to cleaning up those high frequency noises.

The Sony’s retain their crown once again for having the best ANC with the 700’s now struggling to keep up.

it’s time for the big one sound quality the xm4s managed to beat their predecessor but how do they stack up against the Bose NC 700.

For me there’s no denying that the Sony XM4’s beat the Bose NC 700’s in terms of pure sound quality alone.

Sound stage on the XM4’s is noticeably wider giving you the feeling that you’re in a larger room with a far better separation and definition of instruments than on the 700’s.

As a result bass on the XM4 sounds deeper with more low rumble and highs have considerably more detail and sparkle bass on the 700’s has always been punchy and present but with a slight over emphasis in the low mids. The bass can lean towards sounding a little boomy.

Overall especially on tracks which are bass heavy to begin with mids also sound recessed when compared to the XM4’s with vocals getting a little bit lost in the mix.

The sound quality on the 700’s is solid don’t get me wrong but for the money i’d expect better.

To be honest the xm4s are also noticeably louder than the 700s overall yet still deliver exceptional clarity at higher volumes.

The sound quality round is a clear win for the xm4s and whilst the fight between the xm3s and 700s was a close one the xm4s just completely wiped the floor here.

Bass heads will be more than satisfied with the xm4s for sure but even if you don’t want that overbearing bass i’d still recommend the xm4s over purely because the sound stage is so much wider and besides you can always tweak the bass in the Sony headphones app.

So, which is better overall and which should you buy I’ve already spoiled this part so i don’t know why I’m asking the question really?

Despite Sony still being the king of microphone quality in high-end ANC headphones and having a more ambitious design.

The xm4s are quite simply better than the 700s in every other way. If both of these are at a similar price buy the Sony XM4’s if the 700s are $100 cheaper than the xm4s save up the xm4s you’re getting far superior ANC, sound quality, functionality, charging speeds and comfort all of which are well worth the money in the long term.